A downloadable game for Windows

A Guy and his Hero is a student project led by a team of 8 students ("so-called A Team and its Game") in first year of JMIN master at CNAM-ENJMIN, Angoulême, France.

If you're interested by the project and you want to get in touch with us, please get through our Presskit.

A Guy and his Hero  won the Great Prize at Hits Play Time contest on June 24 2017 & the Audience Choice Award at IndieCade Europe contest in Paris on October 31 2017!

The game was also nominated as student finalist at Indie Game Contest @ FEFFS in Strasbourg in September 2017!

Thanks so much to those who played our game, enjoyed it and spread the word around them!

Everyone has once dreamed to follow a hero in his quest, to overview him, to be both storyteller and divine figure over a little world.

This dreamt world is what A Guy and his Hero is about. That's why the rest of the team joined the project, to get the opportunity to feel this adventure again. Feel free to help this hero through his journey in a beautiful Mediterranean environment, he will need your presence to succeed.

This video game project is an initiation rite for us, our first "big" project planned on 3 months. The game has to be at least a 10 minutes experience. During those, the player should be able to understand the gameplay rules. This is quite a challenge for us as we never developed on VR before.

This project has been led by a strong proposal from Alexandre, our Graphic Designer. He wanted to make a game inspired by board games and child toys in Virtual Reality using the HTC Vive technology.

We currently have 2 levels developed and ready to be played.
You can follow & repost our work on our :

Our team is composed by :

In order to play to A Guy and his Hero, you must own a complete HTC Vive installation (headset, cameras & controllers).

After downloading the package, just decompress it using your usual tool and launch the .exe file in the root folder.

You must initialize your material (headset, cameras & controllers) before lauching the game. Otherwise, the devices will not be recognized by some triggers and you will be quickly stopped in your experience.

Also, be sure to have an audio headset on correctly (left on left, right on right) as the sound is spatialized and important for the gameplay.

Thank you for reading and have a good time playing our game :)

A Team and its Game

Does this work on Quest 2?

Sadly can't get it to work with SteamVR

Give me mooaaaar ! This game is so beautifull, i want complex puzzles 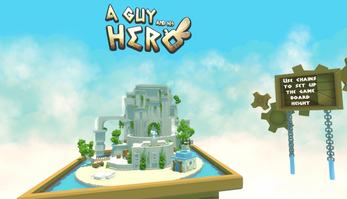 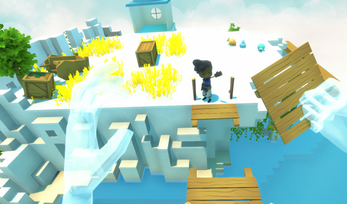 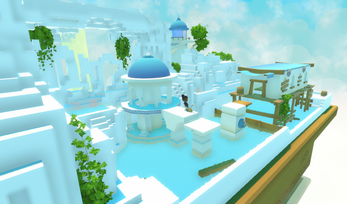 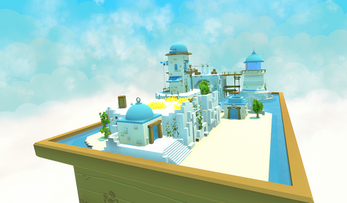 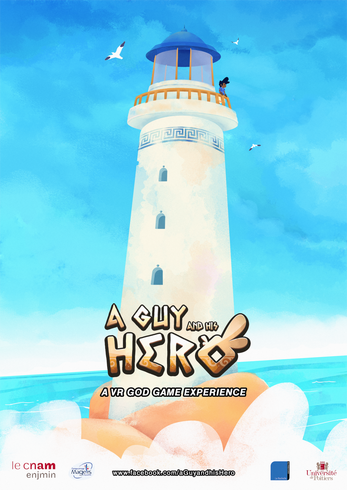 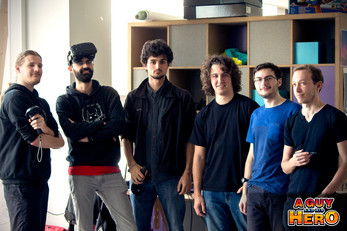 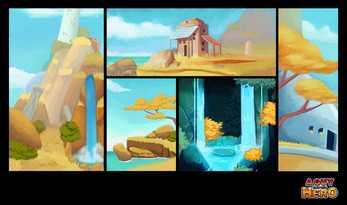